St David’s well is located a short distance from the  village of Olygate in the townland of Ballynaslaney. The well is one of the most popular pilgrim sites in the Co Wexford. People come throughout the year to pray here with the main burst of  devotions are carried out on the saints feast day the 1st of March.

St. David’s Well is a natural spring defined by a key hole shaped wall and a  series of  steps lead down to the well’s waters. 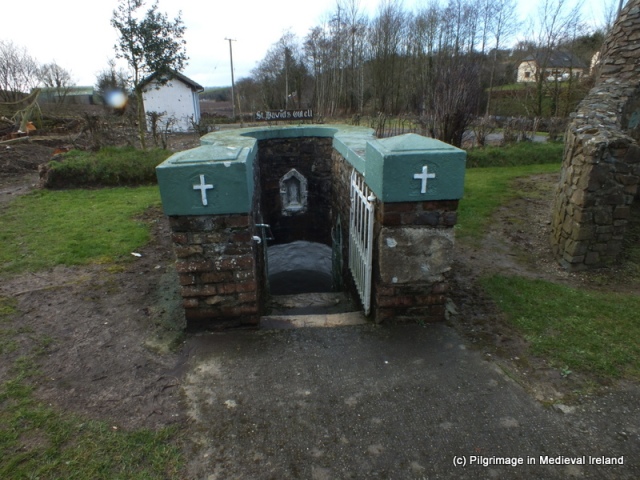 The stream from the well flows west  into a small concrete bathhouse. 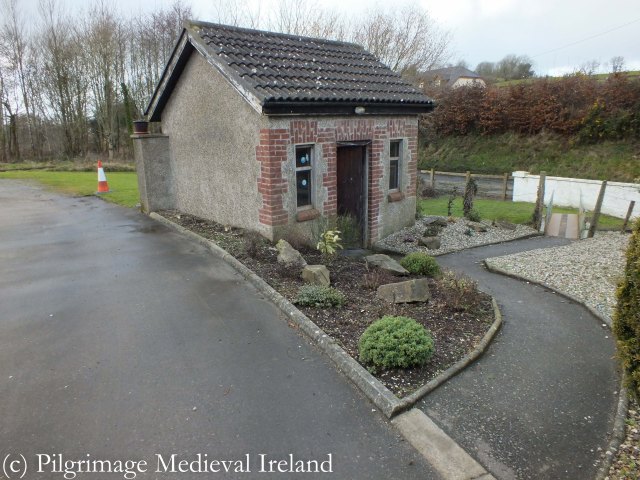 The well  and church are marked as St David’s well and church on the  1st edition Ordnance survey map (1840) . The church was the  medieval parish church of Ballynaslaney parish, it was located to the east of the well within a modern raised rectangular graveyard  defined by scarps. All traces of the building above ground are gone but the doorway from this church is said to have been built into the church at Suanderscourt (Lewis 1837, Vol. 2, 198).

The  Ordnance Survey Letters of  Co Wexford tell us that by the 1840’s the well had been stopped up by the farmer who owned the  land it was  on.  The Letter’s  described the well  as ‘…enclosed by a turry and its door locked’.  They go on to say in the past the water was ‘sold for a cure of disease’ until around 1810  when it was stopped up by the aforementioned farmer.  The Letter’s also record that the  well was formerly associated with ‘a pattern day held annually in honour of the saint  on the last day of March which is still a holiday in the parish’. This would mean the pattern was held on the 31st of March but it is likely this mistake on the part of the writer and 1st of March was the true date.

At some point the well was opened again and by 1910 Grattan Flooded noted the old pilgrimage had been revived and the current wall surrounding the well was erected.  The popularity of the pilgrimage is indicated by an add in the  Irish Independent September 19th 1910  that noted a car service will to ferry pilgrims from Enniscorthy railway station to the well and back for a fee of 1s. 6d.

A spat of cures were recorded between 1911-1913 at the well increasing the sites popularity and fame. 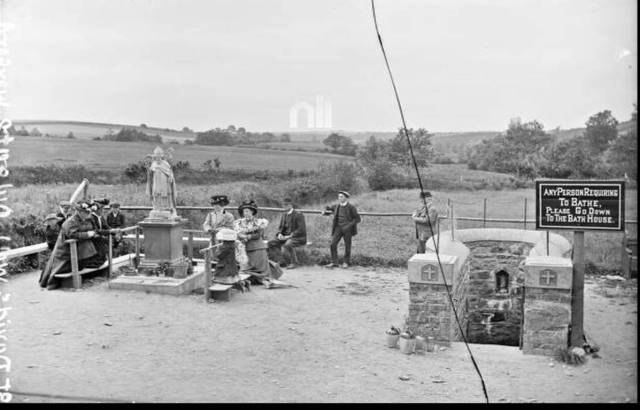 The pilgrimage was again in decline by 1916 but it managed to weather the storm and devotion has continued and grown over the years. The 1st of March is by far the busiest time of the year for pilgrims in modern times. Many people still have great faith in the healing qualities of the water.

O’Flannagan, M. 1933. Letters containing information relative to the antiquities of County of Wexford :collected during the progress of the Ordnance Survey in 1840. Typescript.