I recently was reminded about a really interesting carving I noticed on my last visit to Kilmacduagh, Co Galway. 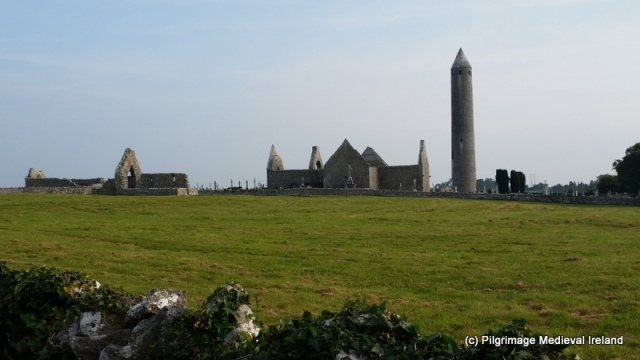 View of the monastic ruins of Kilmacduagh

Kilmacduagh is an early medieval monastic site founded by St Colman son of Duagh in the seventh century. The site is located a short distance from the town of Gort Co Galway. Today the surviving ruins of the monastic settlement consist of a round tower, a cathedral, two smaller churches and a small Augustinian abbey. I am planning to do a much more detailed post on the site in the coming months.

The cathedral is the largest of the  surviving buildings and also possibly the oldest structure at the site.  It was probably  originally built in the tenth or eleventh century it was extended in the twelfth century and remodelled  again in the fifteenth century. 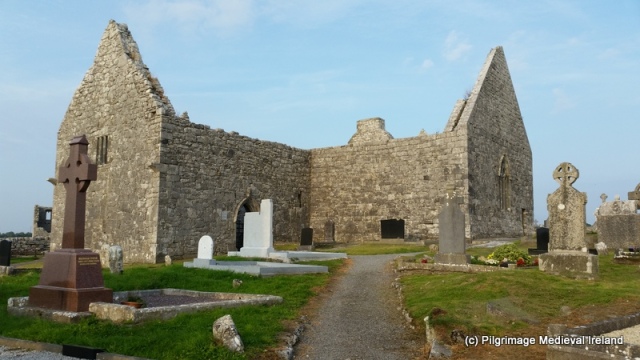 The church has many interesting features that are worth discussing in more detail  but for the purpose of this post I will  only highlight a very unusual carving.

The carving can be seen just inside the doorway of  the north transept, on the  right-hand side as you walk into the transept from the nave. 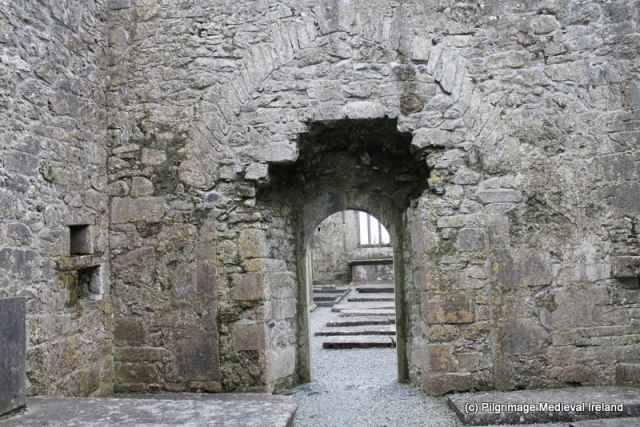 View of the doorway of the north transept

The carving consists of  a large  face cut into a sandstone block of stone. It is an  oval shaped face, of a bald male, with two large ears, almond shaped eyes and a broad smiling mouth. All of his features combine to  giving the figure a rather happy expression and when  I first noticed the face I could not help but smile back.

The carving is  most unusual and I have not seen anything comparable in all my travels.  Are any of you aware of similar type carvings at other church sites in Ireland or Britain?  If I find out anything else about the happy face I will let you all know.