The 1st of May  signals the beginning of a month-long pilgrimage to the holy statue of Our Lady of Clonfert, located at Clonfert  village in the parish of Eyrecourt, Meelick & Clonfert, in East County  Galway.

This is no ordinary statue and is one of only a handful of medieval statues to  have survive the destruction of the  Reformation in Ireland.  Housed  in the  Church of Our Lady of Clonfert, the statue is the focus of great devotion  especially during the month of May, when hundreds of pilgrims, some traveling long distances come here to pray. 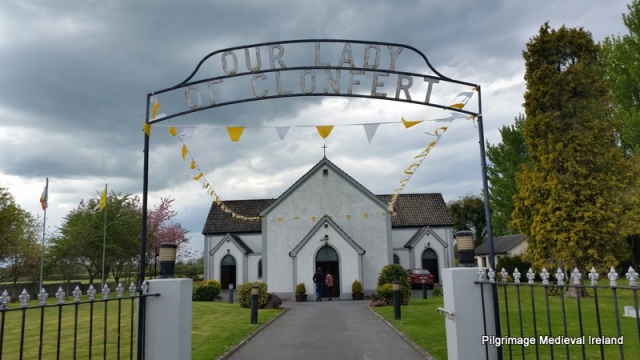 The Church of Our Lady of Clonfert.

The focus of their devotion is a beautiful medieval statue of the Madonna and Child. 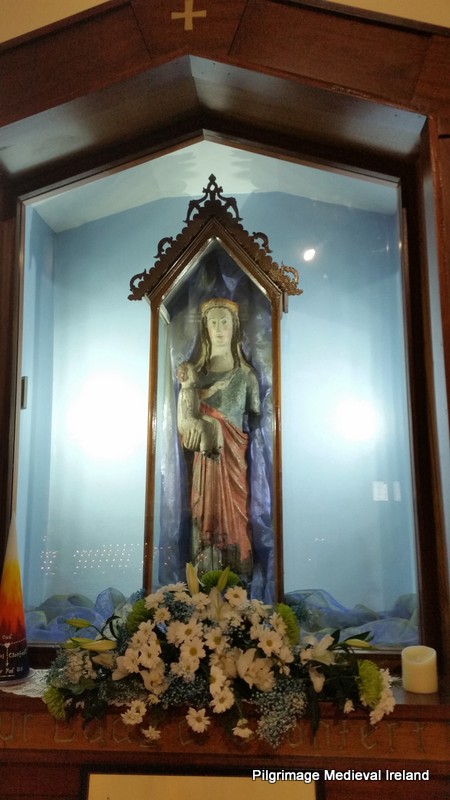 The statue of Our Lady of Clonfert

History and Origin Legend of the statue

According to MacLeod ( 1947, 180-181) the statue dates to the late 13th/early 14th century.  Statues like this would have been found in all medieval churches and monastic sites around Ireland and some such as the  statue Our Lady of Trim and Navan were the focus of  popular pilgrimages.

Some say the statue may have came from the old medieval Cathedral of Clonfert  (MacLeod 1947, 179) but it is also possible it may have come from the  abbey of St Mary de Portu Puro located a short distance to the southeast of the Cathedral (pers comm Christ Cunliff).  The statue thankfully survived the reformation and  appears to have remained within the parish. For the last 150  years or more it has resided within the Church of Our Lady of Clonfert. 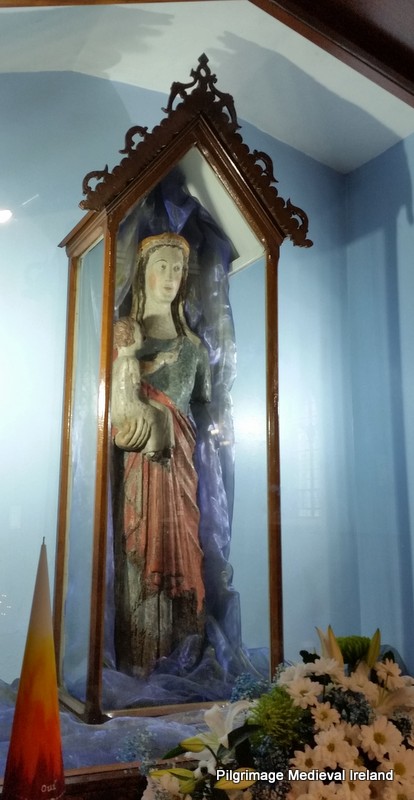 Statue of Our Lady of Clonfert

The statue is about 4 feet tall and carved from oak. The back of the statue is hollowed out.  For the most part the statue is in good condition and the original paint work was revealed under layers of modern paint during restoration.  Over the centuries the statue has incurred some damage, the head of the Christ child has been damage over the years and at some point in the past the top of the head was restored with plaster. While his right arm is broken off and the  feet worn away ( MacLeod 1947, 180-1).  Additionally the arm of the Madonna has been sawn off (ibid., 181).  Despite all this the statue is still very beautiful and engaging.

Local folklore records that early in the nineteen century,  a woodcutter was cutting down an old oak tree and the tree began to bleed.  When he examined the tree further he found the statue within a hollow in the oak tree but had by this stage accidentally cut off the arm of the statue.  It was said the statue was hidden in the tree during the Cromwellian period. 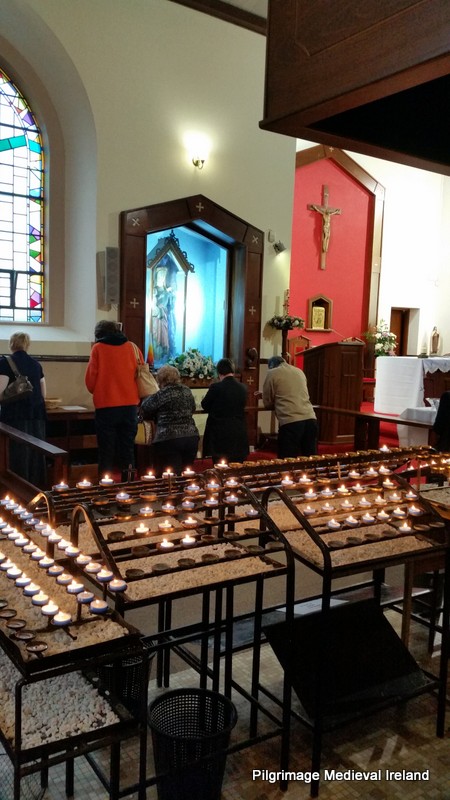 Pilgrims praying before the statue of Our Lady of Clonfert

During the month of May the statue receives many visitor from within and outside the parish.  Most pilgrims will make three  visits to the statue during the month of May.  They come  individually at all times throughout the day to pray in front of the statue and to light candles for their prayers and intentions.   In recent years larger gatherings occur in the evenings  at specially organised masses held  throughout the month.

Throughout the month, on Sundays (except May 31st) there will be Benediction and the Rosary and a sermon at 7:00 p.m., and on all other days there will be Holy Mass and a homily or sermon at 8:00 p.m. 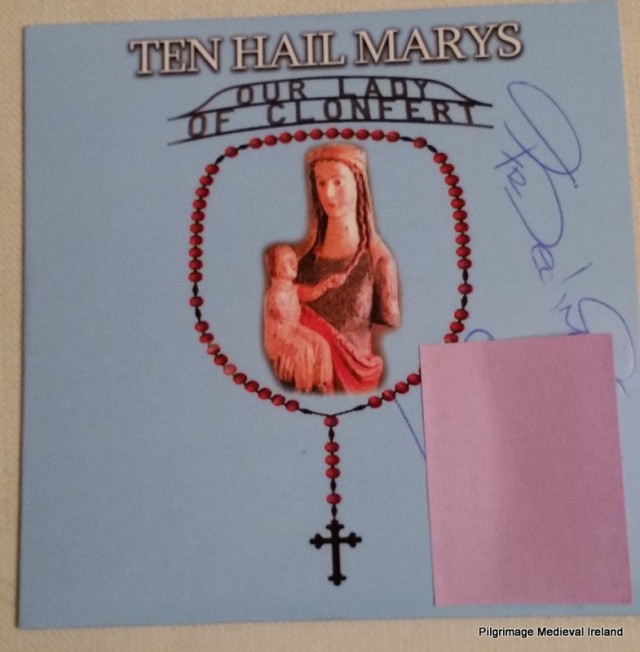 CD Our Lady of Clonfert

All proceeds from the CD will go towards the large costs of maintaining , conserving and protecting this precious statue which is such an important part of Irish Heritage. The CDs will be available for purchase before and after Mass on the 6th but for anyone who would like  a copy but is  unable to attend  please contact the parish at (090) 967 5113 or email stbrenseyrecourt@eircom.net